During a Pentesting Engagement I was able to identify an unrestricted file upload vulnerability. The logical step was to upload a web shell and compromise the server. The web server had an antivirus which was stopping the upload and the execution of the web shell. During the assessment I was in a hurry so I used standard ASPX shell from Kali Linux. In this article I will take a sample web shell from here https://github.com/rustyrobot/fuzzdb/blob/master/web-backdoors/asp/cmdasp.aspx  and show how can we utilize trivial techniques to bypass the antivirus product and get the shell uploaded successfully.

I saved the file contents as cmdasp.aspx “during the engagement Symantec was deleting the web shell file and I had to turn it off”. As a test I uploaded the file to VirusTotal and as you can see in the below screenshot 23 out of 55 AVs detected the file as malicious 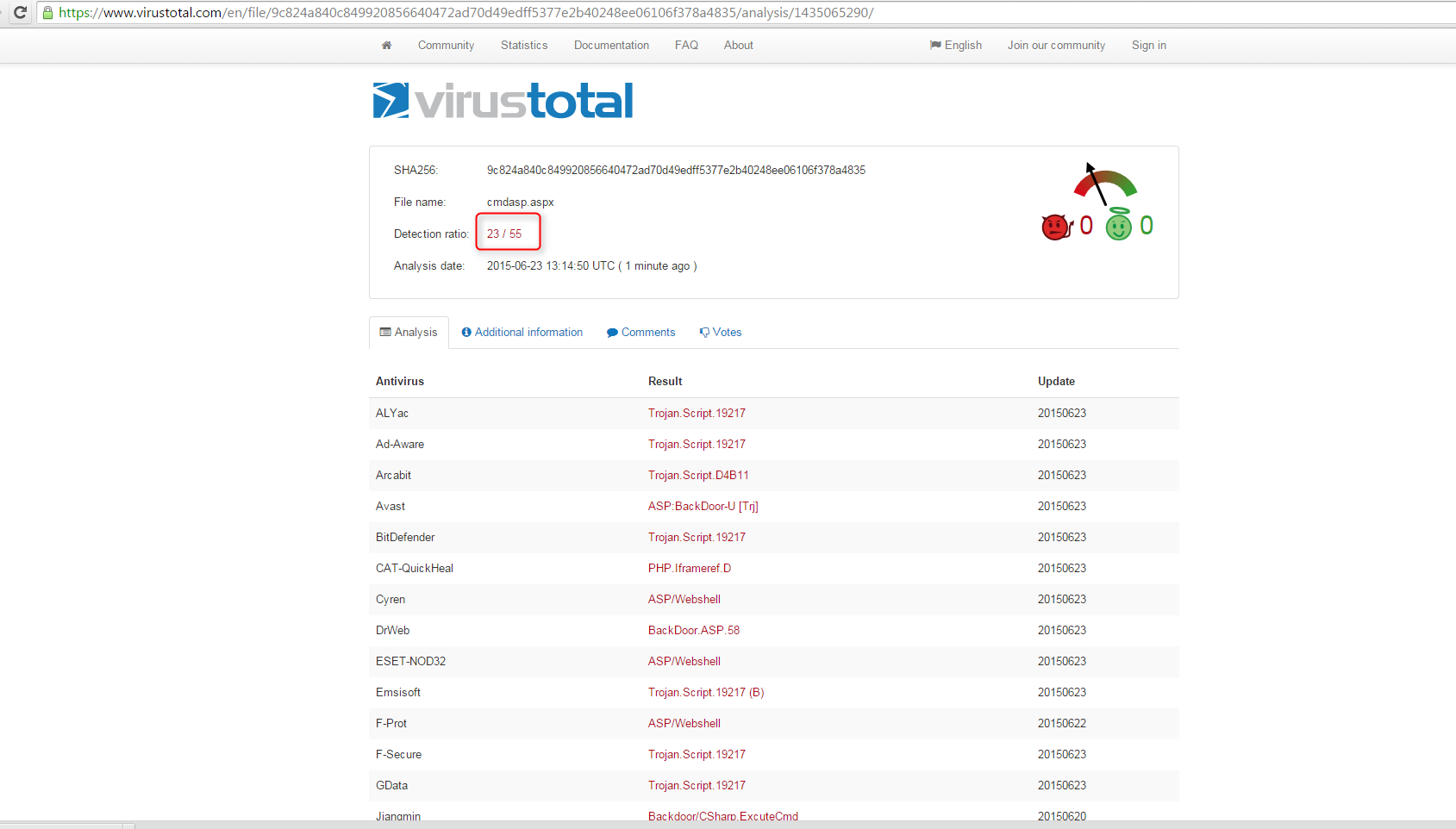 By then I felt that I have to do something to get my juicy web shell uploaded to the client web server. I started to modify the code when I realized how easy it is to bypass signature based AV’s. Here is a walkthrough of what I did to get 0/55 AV on VirusTotal for my web shell.

I started by removing the comments about the owner and I mean the last 2 lines exactly line 41 and 42 on SourceForge. I then went to the title and modified it to something else “we will use OffensiveBits here”. I uploaded the file to VirusTotal and the surprise is that the number was decreased from 23 to 4 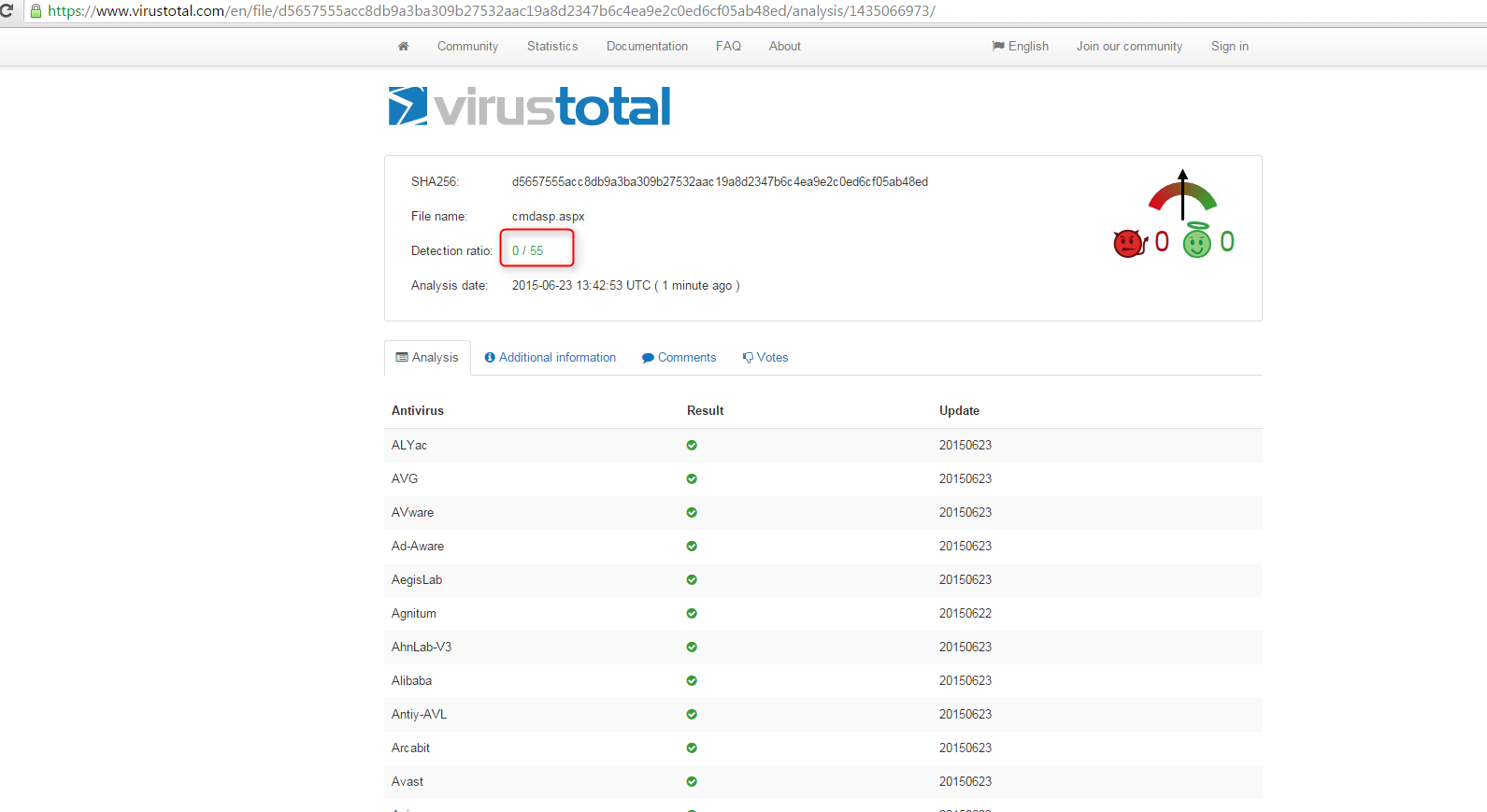 By doing these small changes I was able to upload my awesome web shell to the client’s website and was able to compromise my way through his IIS server. By doing these simple changes we were able to evade all AV products and get our shell uploaded in 5 minutes.