At the end of 2015, Kaspersky reported an unusual malware program, discovered in an attempted attack on a bank in Singapore. Analysis of the file attached to a spear-phishing email that had been sent to the bank revealed the name of the Malware JSocket. Later on, we found that this malware has many names:

The RAT can run on Windows, Mac OS, Linux and Android platforms, providing capabilities for remote desktop control, data gathering, data exfiltration and lateral movement.
In 2015, UAE was the second most infected country by the Malware after Russia as shown in the below diagram. 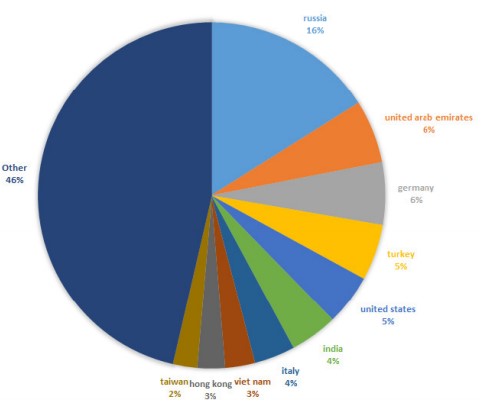 For more details, you can read the full report from Kaspersky:
https://securelist.com/securelist/files/2016/02/KL_AdwindPublicReport_2016.pdf